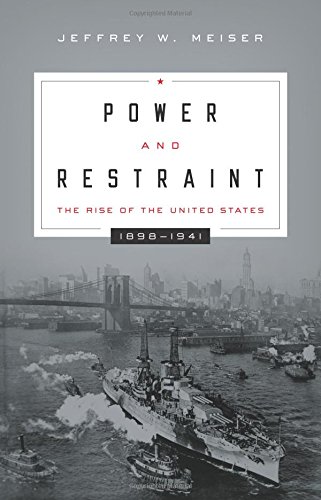 U.S. foreign policy history is experiencing a renaissance among scholars of international relations, who in the past too frequently spurned its rich volumes as either too American or too historical to be suitable for testing their theories. Building on landmark works by Fareed Zakaria and Scott Silverstone, Jeffrey W. Meiser has crafted a valuable study investigating “the puzzle of American underexpansion” between the Spanish-American War and World War II (p. xiv).

Anyone who recognizes names like Julius Caesar and Napoleon would likely offer the same answer to the question, what do rising powers do? They use their growing resources to expand their territory; so the conventional wisdom goes, and it reflects most of human history. Yet this pattern was defied by the United States, which—for all its international interventions during the period that Meiser examines—exercised considerable restraint compared with what it might have done. Why did rising U.S. power not produce more expansionist foreign policies?

With admirable clarity, Meiser explains how institutional characteristics (separation of powers, public opinion, federalism) and prevailing norms (anti-imperialism) combined to limit the ability of expansionists within the U.S. government to pursue their goals. He tests this theory by examining 34 U.S. foreign policy decision