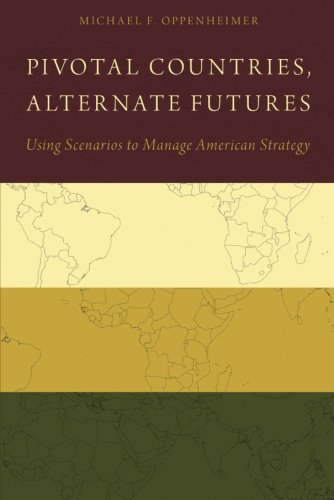 On 8 November 2016, Donald Trump was elected president of the United States, surprising many (if not most) analysts, pundits, pollsters, and scholars. As Nate Silver, one of the more influential forecasters in the United States (and quoted in this book), put it, this is “the most shocking political development of my lifetime.” Many policymakers around the world reacted similarly.

The wager of Oppenheimer’s book is that policymakers would be better equipped to deal with such types of shocks to the system if they spent time pondering the implications of “plausible (not necessarily probable) narratives describing how very different futures could emerge from current circumstances, with markedly different consequences” (p. 5). Oppenheimer argues that scenarios are not predictions; rather, they represent a different way of thinking about the future that forces policymakers to have an open mind and, ideally, transcend the various biases that make anticipation difficult. Three specific ways stand out. Deconstruction of the scenario subject into constitutive parts help to identify the drivers of change, such as economic growth. Improved recognition helps policymakers to find meaning in events that may appear unconnected or random. Finally, scenarios help policymakers to prepare for the future by breaking down what he terms “grooved th

Who Fights for Reputation: The Psychology of Leaders in International Conflict, Keren Yarhi-Milo Reviewed by Marcus Holmes