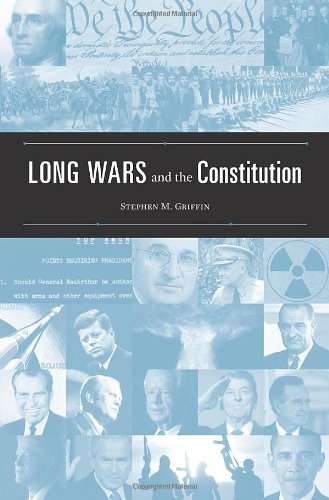 For good reason, Harry Truman’s Secretary of State, Dean Acheson, entitled his Pulitzer Prize‐winning memoir, Present at the Creation. An architect of the national security state, Acheson understood that when it comes to the war power, the Cold War presidency is as different from its predecessor as modern man is from prehistoric Lucy.

The basics are familiar. During the early Cold War, Truman concluded that inter‐branch deliberations over war and peace were luxuries the country could not afford. The constant threat of Soviet aggression meant that the nation was already at war, and to protect the country, the president had to have the unilateral power to act, with force if necessary, anywhere in the world. Every post‐war president has advanced some version of this claim to justify military action unauthorized by Congress.

In Long Wars and the Constitution, Tulane legal scholar Stephen Griffin has taken a new look at this transformation. His treatment is refreshingly balanced. He argues that the national security state cannot be reconciled with the language of the Constitution, but that the pre‐war state of play, in which presidents accepted that war required