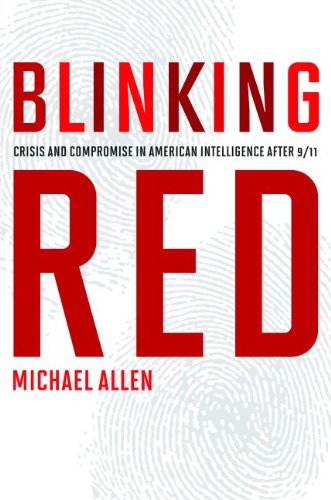 Three different narratives have emerged in the literature on the reform and operation of the American intelligence community after September 11. One approaches the subject from a civic education perspective in which the domi­nant concern is the extent to which policymakers’ responses and the reforms put forward succeeded in raising the awareness of Americans to the terrorist threat and reassuring them that the system was responding effectively. The second approaches the reforms put forward and those implemented from organization theory and bureaucratic perspectives that seek to assess the merits of these proposals. The third takes as its point of departure the politics of the response. Michael Allen’s book falls squarely into this third narrative, although as part of his account of the politics of September 11 intelligence reform, he does present the outlines of the core issues raised in the second narrative.

Allen’s stated purpose is to provide readers with a “definitive history” of the legislative process by which the 2004 Intelligence Reform and Terrorism Prevention Act (IRTPA) became law (p. xvi). He is well positioned to do so. having served as a majority staff director of the House Permanent Select Committee on Intelligence and as the legislative affairs officer for the Home­land Security Council in the White House in 2004. In this latter capacity, he was the legislative representative for the working‐level team that put together the George W. Bush administration’s response to the recommendations made in the 9/11 Commission Report.

While Allen is not the first to have delved into Congress–intelligence com­munity relations, his detailed analysis provides us with insights into this relationship that are absent or underdeveloped in other accounts. For example, Amy Zegart, in her valuable study, Eyes on Spies: Congress and the United States Intelligence Community, emphasizes the role played by electoral incen­tives and the desire of legislators to protect committee prerogatives in the conduct of congressional intelligence oversight over such factors as partisan­ship and the culture of secrecy surrounding the operation of intelligence agencies.

A number of important observations emerge from Allen’s carefully con­structed history of the IRTPA that both help us understand its final form and provide a basis for engaging in comparisons with past and future congressional intelligence reform efforts. His account makes it clear that it is dangerous to assume that congressional parties are monolithic. Moreover, in opposing intelligence reform, many Republican leaders did not treat IRTPA as a stand‐alone piece of legislation. Rather, they saw it as part of a troubling pattern of unwanted Bush White House pressure to pass bills with little regard for their concerns.

While partisanship based on party membership was not a primary force motivating legislators’ actions, partisanship was evident. These same leaders viewed with suspicion the political outlook of groups lobbying for the families of the September 11 victims. Key opponents of intelligence reform such as Jim Sensenbrenner and Duncan Hunter vigorously advanced deeply held political positions that were incompatible with the proposed legislation. In the case of Hunter, this advocacy benefited greatly from the support he found within the Pentagon.

Where Allen stops short is in directly addressing the underlying issues raised by his case study. Was the congressional Republican opposition correct that the legislation was flawed and was being rushed through Congress? On this he takes a decidedly neutral stance. More importantly, how does one reform the intelligence bureaucracy if the IRTPA case study represents the norm? The Goldwater‐Nichols Act to which IRTPA was often compared in spirit took four years of hearings and meetings to get through Congress. Is this the best that can be expected?