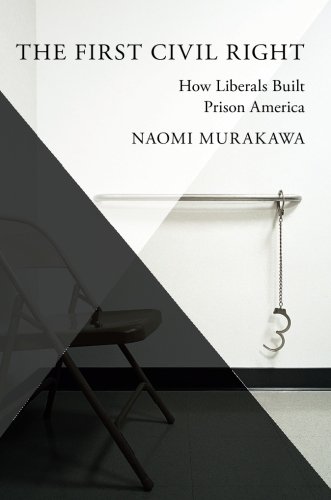 The best scholarship explores compelling topics, offers provocative, often counterintuitive arguments, and does so in a timely manner. Typically, political science research fails on one or more counts. Not so with Naomi Murakawa’s The First Civil Right, which explores the policy and political underpinnings of U.S. mass incarceration. Given Murakawa’s exhaustive research, she clearly began researching the book years ago. Yet it could hardly have arrived at a more opportune time.

“One black man in the White House, one million black men in the Big House” (p. 1), she begins; indeed, this is a common and bitter lament inside the burgeoning prison system that Murakawa examines. As the millennium dawned, blacks were eight times likelier than whites to be incarcerated, up from thrice as likely in 1969.