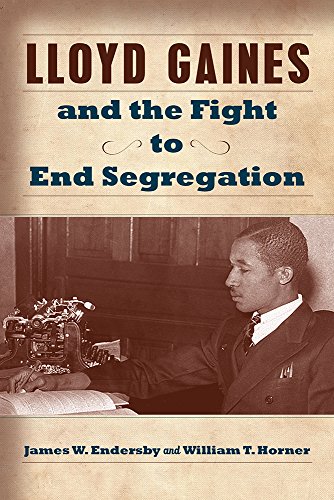 In September 1935, Lloyd Gaines, a 24-year-old African American resident of St. Louis, Missouri, applied for admission to the University of Missouri Law School. Although Gaines had been valedictorian at his high school and an honors graduate at Lincoln University, his application to the state’s flagship legal program was denied because he was black. In fact, Missouri offered no graduate or professional training to any of its black citizens. Instead, the state relied on a 1921 statute that provided a handful of scholarships to African Americans who were willing to pursue advanced degrees in adjacent states. Gaines found this arrangement to be racially discriminatory, and he joined with the National Association for the Advancement of Colored People (NAACP) to challenge Missouri in court. In 1938, the U.S. Supreme Court ruled in Gaines’s favor, holding that Missouri had a constitutional duty under the Fourteenth Amendment’s equal protection clause to provide black graduate and professional students with educational programs that were substantially equivalent to those offered to white students. Although the Missouri court system delayed implementation of this decision, and Lloyd Gaines disappeared before final arrangements could be made, his case remains significant because it helped pave the way for Brown v. Board of Education and greater racial eq