Our Political Nature: The Evolutionary Origins of What Divides Us, Avi Tuschman 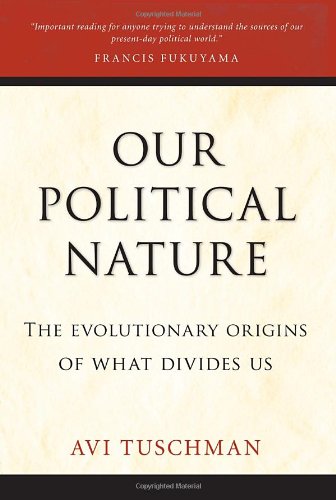 After being largely ignored for far too long, the deeper psychological, biological, and evolutionary bases of political beliefs have made for something of a crowded book market of late. Jonathan Haidt’s The Righteous Mind continues to receive much deserved attention; Milt Lodge and Charles Taber’s The Rationalizing Voter is another important recent contribution, and my own book—Predisposed—(with Kevin B. Smith and John Alford) was published at about the same time as Avi Tuschman’s Our Political Nature. In light of this situation, readers are likely to wonder whether Tuschman makes a unique and important contribution to the field and the answer is that he clearly does.