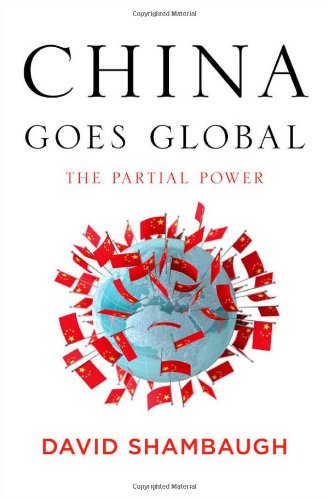 One of the most‐prominent sinologists in the United States has written an important book on the global impact of China’s rise. This first‐person account draws upon interviews with senior officials and leading scholars in China and around the world. The author not only spent considerable time inside China but also made research trips to countries in almost every part of the globe except Africa and the Middle East. The result is what David Shambaugh calls a “horizontal” analysis that surveys six dimensions of China’s global activity: perceptual, diplomatic, economic, cultural, security, as well as China’s involve­ment in global governance. Each is addressed in thematic chapters, and collec­tively, they provide a highly readable and comprehensive snapshot of China’s engagement with the rest of the world in the early twenty‐first Century.

David Shambaugh sensibly argues that Beijing is not a full‐blown super­power but a “partial” one. “China,” he writes, “is a global actor without (yet) being a true global power (p. 8).” His findings will probably surprise the general reader who has heard the hype that China has already become a superpower and is on the brink